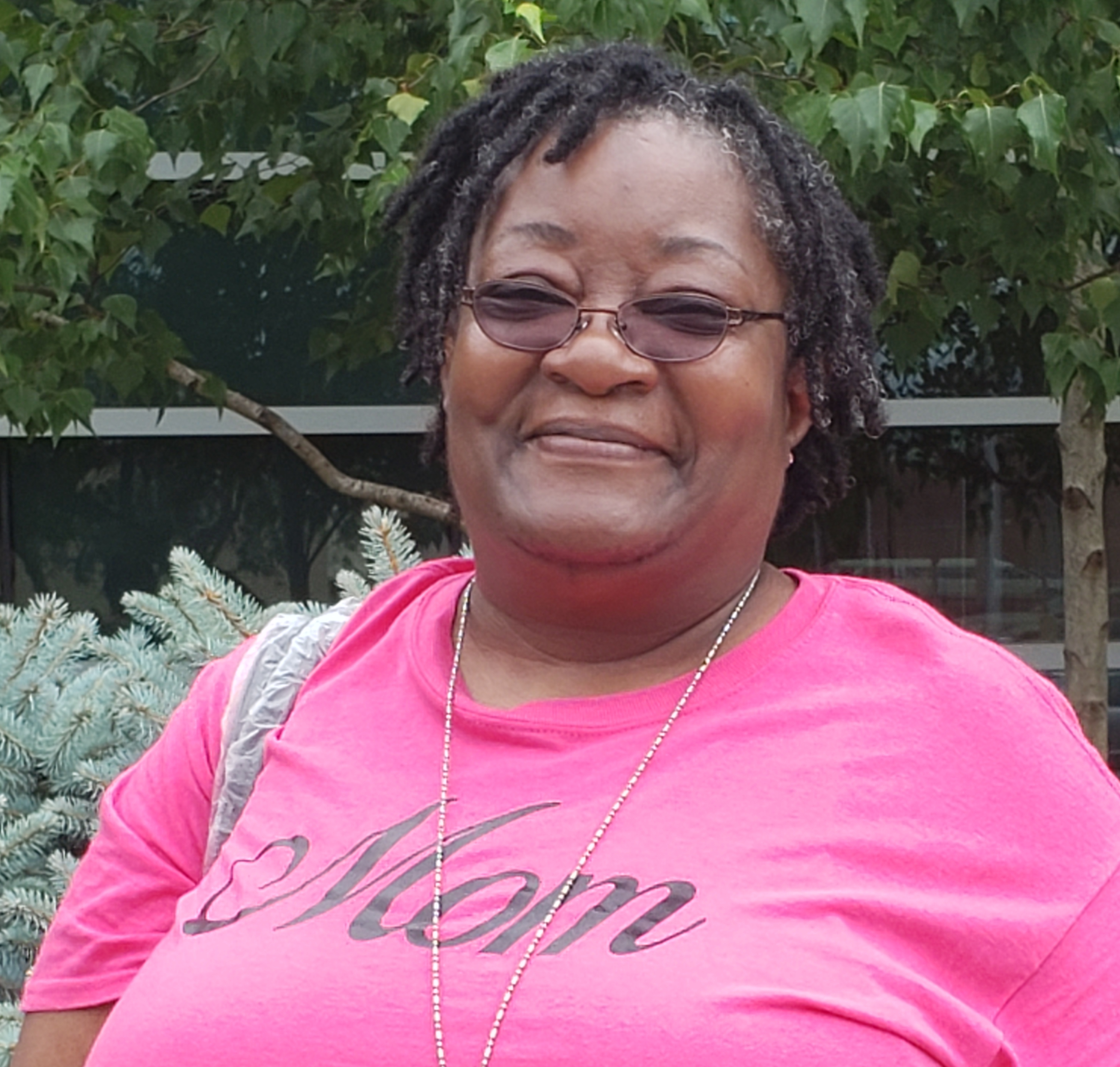 Tanya began CES services with Bridgeway February 12, 2020, referred from Rosecrance Ware Center. She immediately began working closely with Bridgeway and her Employment Specialist, Melissa Atherton, developing her job-seeking skills, practicing her interviewing and job-readiness, and meeting weekly for job development. Tanya was eager and driven to find employment quickly, which she did on April 1, 2020 when she started working as a short order cook/cashier at Jamaican on State. Tanya had this to say when asked what she likes about her new job, “I’m doing something I love, I got my food handler license, and they are working around my Rosecrance schedule.”

Tanya will be celebrating 1 year of sobriety next month, and she hopes to continue her education to become an addiction counselor, so that she can help others, the way she has been helped. Tanya has a drive and fire within her and her employment specialist believes she will be able to accomplish this goal, along with anything else she puts her mind to.

All good things to Tanya as she continues on her path! 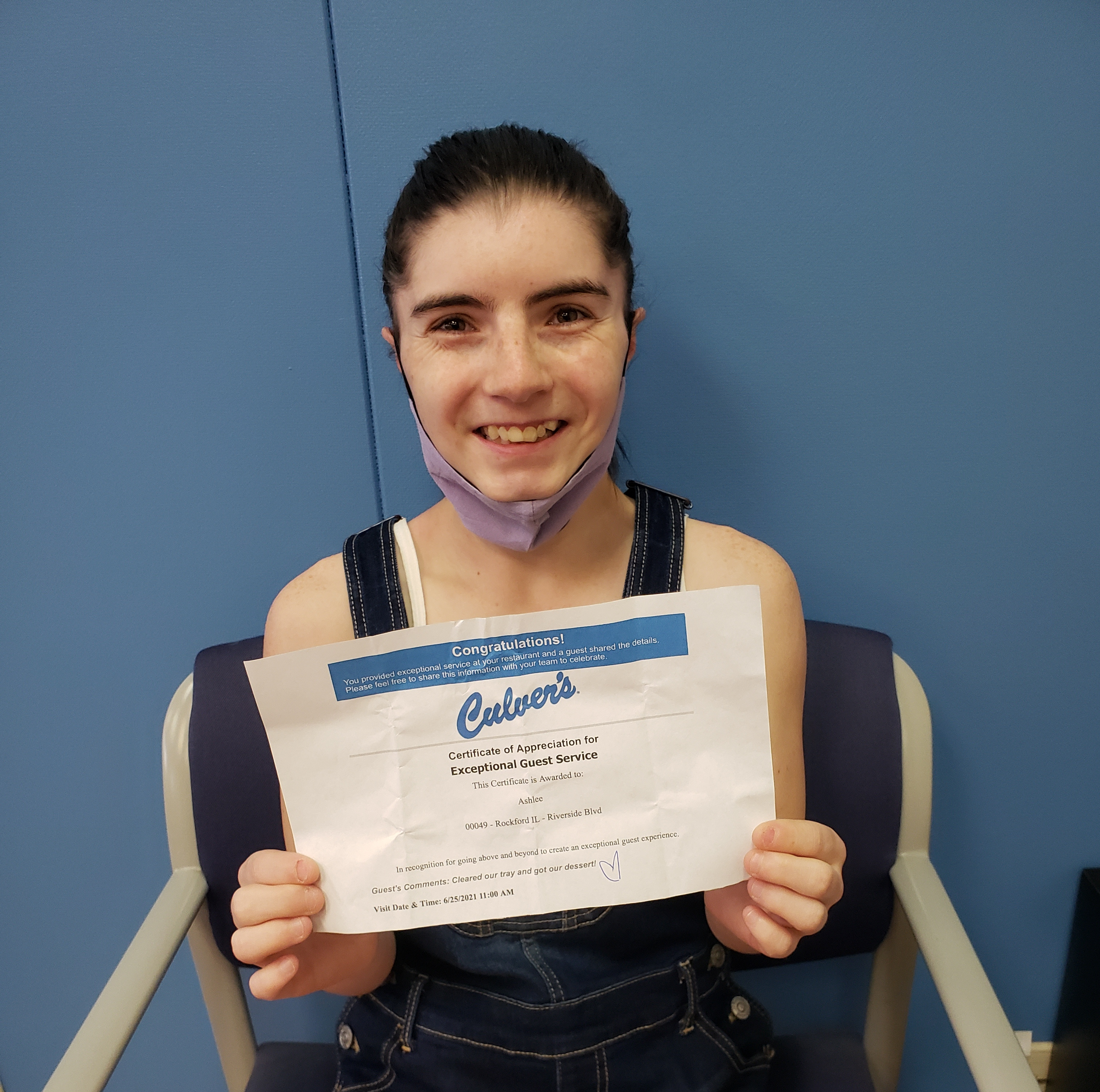 Ashlee is a great example of why 2nd chances are so important. Ashlee, who has a developmental disability, previously didn’t have a good track record with community employment. Many questioned whether she was suitable to succeed working in the community (but never her dad or Bridgeway). With hard work and a lot of determination Ashlee has surpassed her 90 days of employment milestone. When Ashlee came to Bridgeway for the second time she and her dad were adamant she could work in the community. Ashlee and her dad were so determined to prove this that she attended all Job Clubs and Vocational classes offered to her. Ashlee and her Employment Specialist immediately began working on social skills and appropriate work place behavior. Ashlee excelled at every task asked of her. Ashlee’s hard work paid off on March 11, 2021 when she started her new job at a local Fast Food restaurant cleaning the dining room and running food orders to customers. Ashlee worked so hard to learn all of her new job tasks and prove she was a valuable member of the team that she received a great review and a $1.00 an hour raise within the first month! Recently she was also recognized for her Exceptional Guest Service.

Ashlee’s Employment Specialist and her dad never doubted her ability to succeed in community employment and we expect only good things moving forward. When asked what she liked most about working, Ashlee had this to say, “Having money, meeting new people, and having a new job” When Ashlee’s dad was asked what he liked most about Bridgeway, he commented, “Getting her the proper training she needs to get into the work force and helping her maintain employment.”

Drew is employed at a local grocery store as a bagger. When Drew first came to Bridgeway he was very ashamed and emotional about his past and his disability. Drew and his Employment Specialist spent many appointments just working on improving his self-esteem and self-worth. His Employment Specialist assured and reassured him that his disability and the symptoms associated with it were not his fault. Drew was very excited when he was offered the job at Schnuck’s on November 6, 2020 in the midst of the pandemic. When asked what he liked most about his job Drew stated, “I like the interaction with the people, the customers especially.”

Drew has had a few bumps in the road but has overcome each one with a positive attitude and a willingness to take advice from his Employment Specialist, store managers, and supervisors. Drew was asked what he liked about Bridgeway and this was his response, “You are there to help me with everything… you definitely got my back. You definitely helped me get the job.” Drew has learned all of his job tasks and has even made a couple friends at work. When asked what he would tell anyone thinking about joining Bridgeway he stated, “Do it! Join Bridgeway.” Drew’s advice to anyone starting work would be, “Be open. Let your managers know what you struggle with.” Drew has grown since becoming employed and the change in his self-confidence is apparent to anyone who interacts with him. 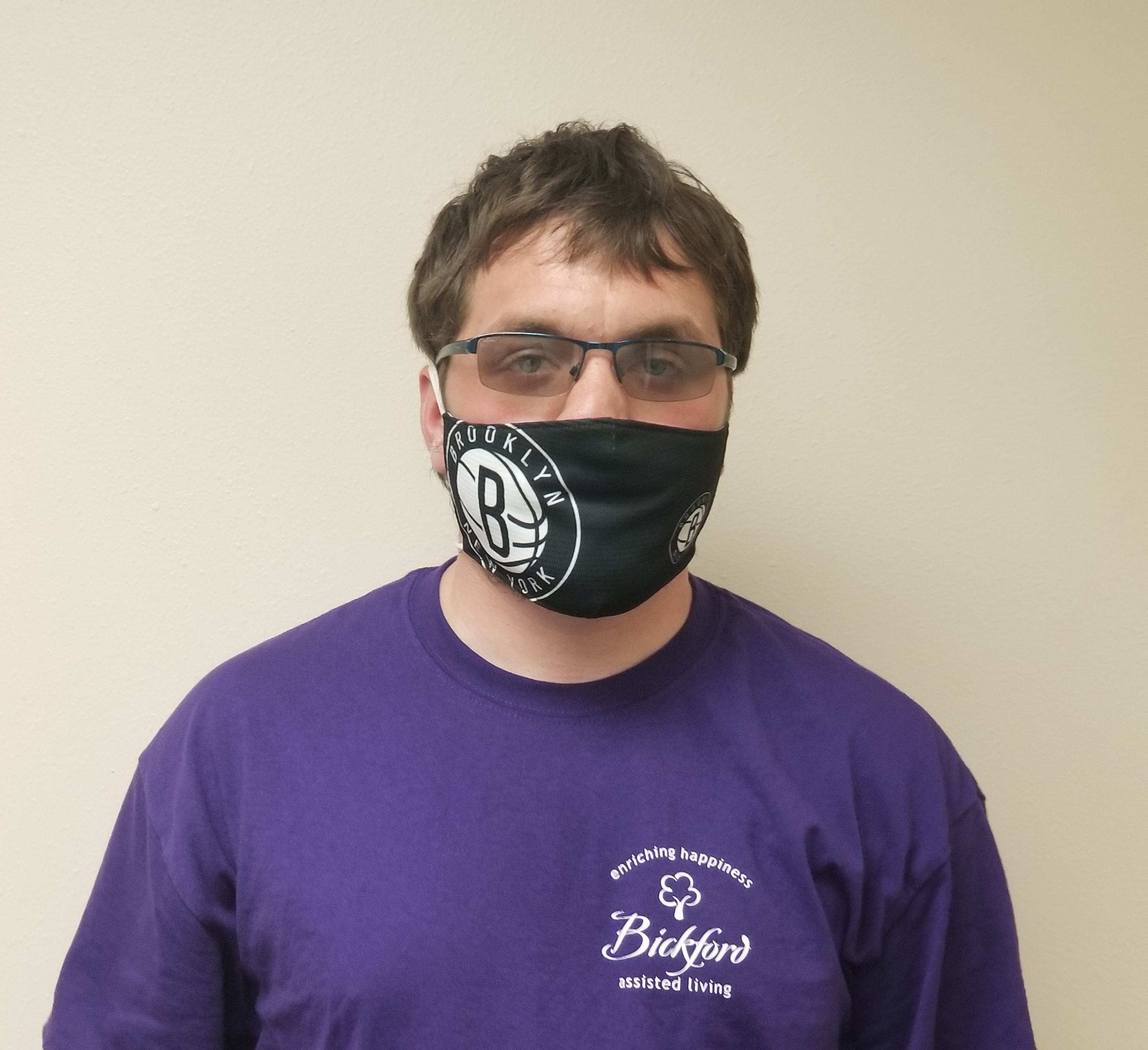 Jordan moved into Grant Street CILA group home in October 2019. Jordan has a passion for bowling and his bowling scores are higher than average. Jordan had been playing in a community league until a physical injury delayed his bowling career. Jordan is a younger man who has expressed a desire to work in the community. Jordan has been part of our day program and had done volunteering in the community. Jordan has a lot of energy and due to his young age, is not eligible for work under 14c sheltered work. Jordan worked with the CES team and after several job applications and interviews, he was able to secure a part time job in the community. A large team effort is needed to help Jordan work, especially during a pandemic. Jordan works at a site that also has a vulnerable population and Bickford Cottage required weekly testing as well as he could not have physical job supports on site. Jordan tolerated the weekly COVID19 testing and did his best to cope with the anxieties of a new work situation without the presence of staff support on the work site. The vocational outcome has included a team of supports behind the scenes. Jordan’s work presented internal and external challenges for the clinical team, but gaining employment for a CILA resident is a reason to celebrate. Gaining employment, during a pandemic, working through transportation, training, testing, and self-monitoring for symptoms of COVID19 to reduce transmission between vulnerable settings without any evidence of exposure to other CILA peers or staff is short of amazing. 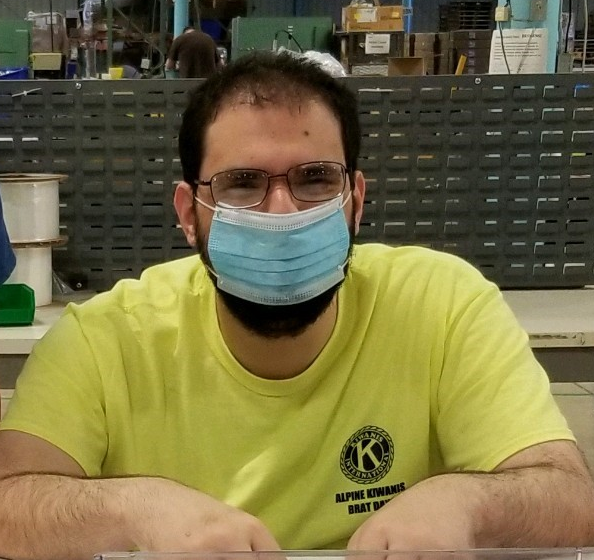 Meet Yazid, or as he likes to be called “Bob”. Bob’s road to Bridgeway was not an easy one. He first visited our Loves Park workshop in July of 2019 just as we started to transition to a Community Day Service, which was exactly what Bob was looking for, a mix of work experience and Life Skills classes. Unfortunately his admission had to be put on hold until the transition was finalized and then COVID struck! As Bob patiently waited at home and Bridgeway navigated how we were going to be able to bring back the consumer trainees we were already serving, we finally got the great news that we had been approved as a Community Day Service which opened the doors for Bob to join our team.

Fast forward to June 2021 and Bob reports to Bridgeway for his first day of work. I bring him to his group and introduce him to all of his coworkers as Yazid and this young man that towers over me bends over and quietly whispers “Bob”. I look at him a bit puzzled and he shyly says please call me Bob. So Bob it is. Bob spent the first few days with his head down and not interacting with his coworkers. He would frequently tell the staff that he couldn’t do the job or ask repeatedly if he was doing it right. In the short time Bob has been at Bridgeway he now holds his head high. He is proud of his work. His production rate continues to improve daily. He is trying new things daily and volunteering to help with tasks in Life Skills. He has an amazing work ethic and is incredibly respectful of his supervisor and peers. He is a proud member of the blue pod in Loves Park. Go BLUE! 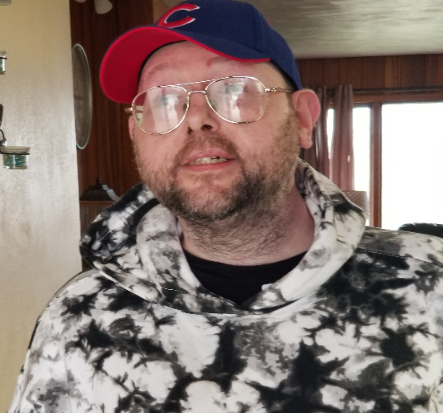 Ozzy has been a long time Packer’s fan and recipient of services at Bridgeway. Ozzy has a quick sense of humor, a love for 80’s metal bands and he loves to sing and make cards for people he cares about. Ozzy’s heart is as big as his passion for Green Bay. He shares a room with an older person and each night they have a bedtime ritual, much like they used to say “goodnight” on the Walton’s TV Show. Ozzy likes to play Connect Four with a friend and enjoys listening to music. In 2019, Ozzy received an award for Pekin Consumer of the Year and was recognized at a celebratory event in front of a room of over 200 people.

In his younger years, Ozzy was quite feisty and could give you a run for your money. Ozzy continues to have that feisty spirit, but he moves a little bit slower than he used to. Ozzy would like to do work for money, but hasn’t had an opportunity to work recently due to the pandemic. Ozzy has taken the pandemic in stride and made the most of it by purchasing pajama outfits for every day of the week. He likes to joke and make other people smile and he loves to sing. In a recent memorial at his home for a peer, Ozzy led the singing of “Love Me Tender” to celebrate his peer’s life. Ozzy is full of surprises and he recently announced his biggest life changing decision this year, he quit smoking, cold turkey! 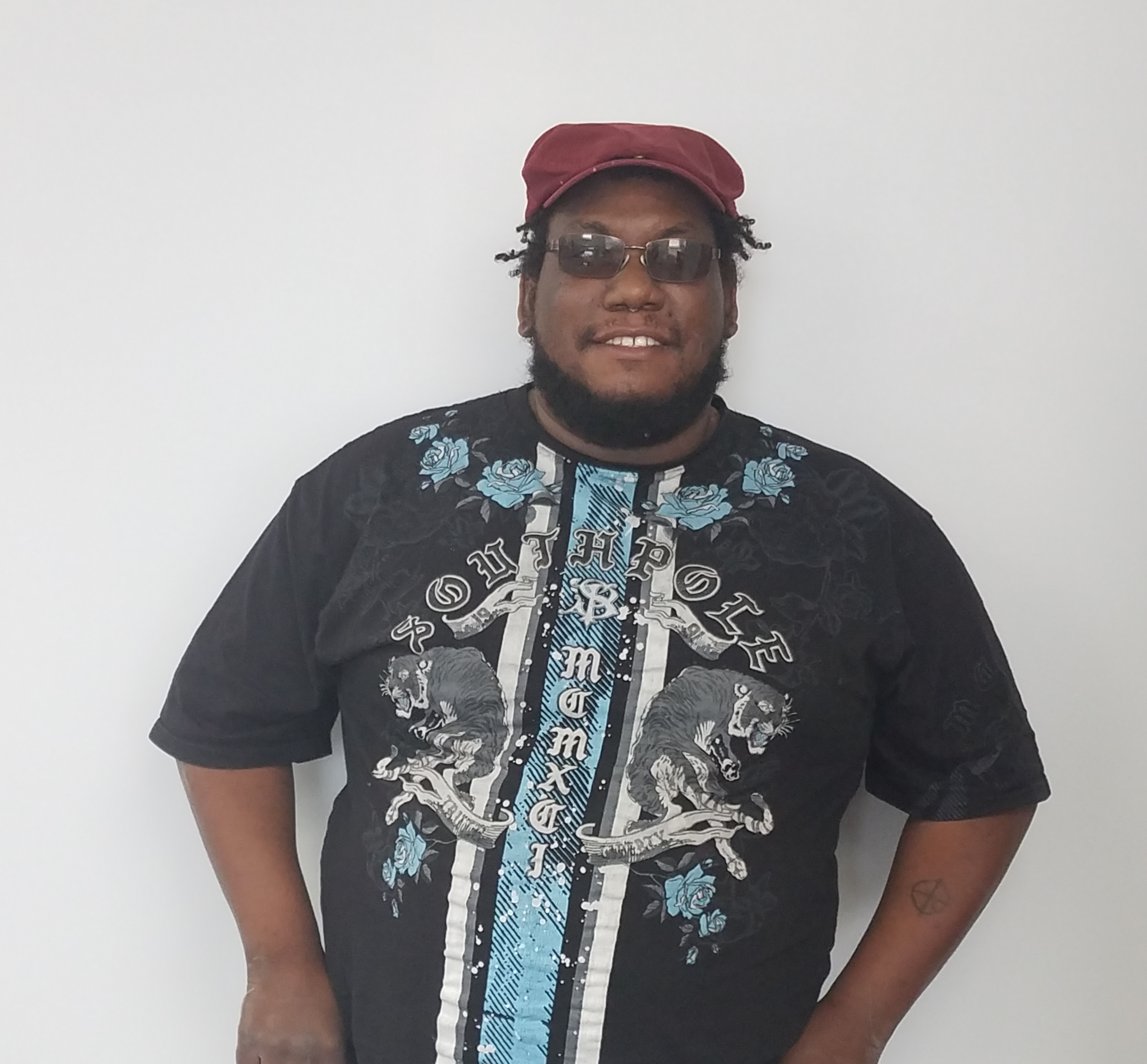 As a friendly young man who’s shown a strong desire to become successfully employed, Jondalar has been wonderful to work with. He and I, his Employment Specialist, have worked together to achieve his employment goals resulting in great success. Resume building, application submissions, job development, interview practice, communication with employers, and driving skills are examples of the many skills Jon has developed through Bridgeway Community Employment Services. Most recently, Jondalar was hired on as a custodian on December 11, 2020 and has now completed over 90 days of employment. During this time, he has increased his work hours and responsibilities, overcome the challenges of winter driving, and demonstrated an ability to learn and improve his increased skillset. When Jon isn’t working, he is often practicing Jujitsu, writing his book, painting, or spending time with his friends online or otherwise. 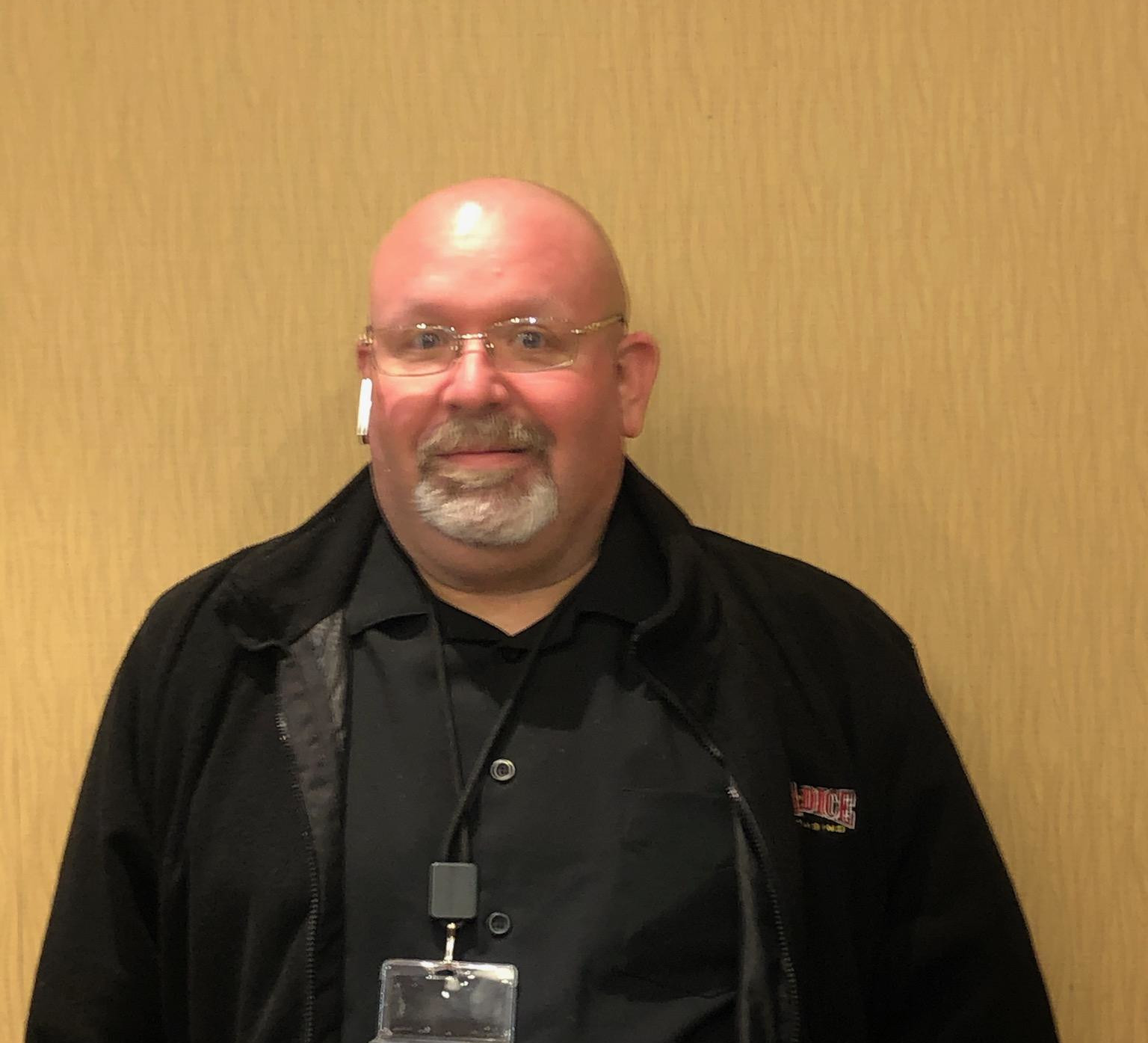 Nate is a great example of how successful employment can change an individual’s life in so many positive ways. On March 12, 2021, Nate accepted a full-time custodian position with the Par-a-dice Casino.

Prior to accepting this positon, Nate has been receiving Community Employment Services for several years, working with Employment Specialists and completing many job applications. Nate was persistent, though at times it seemed that hope was grim. Nate applied for social security benefits due to his mental illness as he did not know if he was going to become employed, and he thought this was the only way to receive financial support. In addition, Nate’s physical health had taken a turn, receiving a diabetes diagnosis for which he had to learn to manage. Despite the challenges, Nate continued to apply for several job openings.

Nate transitioned effortlessly from being unemployed the last two years to working a full-time job. For many weeks, Nate has volunteered to work overtime (40-50 hours a week) to cover unfilled shifts for call-ins while having perfect attendance himself. Nate has been recognized by his employer for doing an outstanding job and was nominated for “Employee of the Month”. In addition, Nate has been approached about training for a supervisor role.

Nate’s work success has also brought on many other positive changes in terms of being able to purchase a new car, being in his best physical shape in years and improved relations with his family. Nate recently met his 90 days successful employment milestone and we could not be prouder! Nate continues to shine every day and positive results are coming his way!

So CONGRATULATIONS to Nate on a job well done and BEST WISHES as you continue your journey to success!